Diversity in coaching and gender-based needs in training

When CEC (Climbing Escalade Canada) announced the staff responsible for providing support and expertise to our Canadian athletes for the 2022 Youth World Championships, we couldn’t help but notice that a woman was assigned as coach of the women’s team and a man as coach for the men’s team. As we learned, this decision was mainly for logistical reasons, since both teams might have different competition schedules. However, it still left us wondering about the role gender plays in training needs and coaching knowledge. To further this reflection, we got in touch with Team Canada coaches Nani Woollings and Bethany Staubitz to discuss various topics such as specific training for female athletes and representation in coaching.

As a former Youth National Team member herself, Nani Woollings has been involved with the Youth National Team since 2018. She is head coach for the Canmore Youth Climbing Team, as well as a physiotherapist from Canmore, Alberta. Holding a Bkin major in Athletic Therapy and a Msc in both Kinesiology and Physical Therapy, Woollings has focused her research mainly on climbing injury in youth. Her knowledge and experience are extremely valuable as Head Coach of the women’s Youth Canadian Team.

Bethany Staubitz has been coaching climbing to young athletes for many years at Junction Climbing Center in London Ontario. As a registered dietitian, Staubitz puts forward the importance of having a healthy relationship with food and sport while also promoting an inclusive climbing community. With her rich experience and pedagogical skills, she shares her outlook and expertise with the Youth National Team as assistant coach.

An approach based on individual needs

Different genders generally correspond to  different physical, psychological and/or hormonal traits, which can impact an athlete’s needs in their development. It could also change the approach of a coach working with them. However, no matter the gender of the athlete, both Woollings and Staubitz agreed that coaching is based on the individual. “ So knowing what their needs are as an athlete themselves and whether that pulls in their gender, their sexuality ; that’s part of what makes them an individual […] ”, explained Bethany Staubitz.

Same goes with the coach’s gender, which doesn’t necessarily indicate a better equipped coach if their gender matches that of their athletes, according to both Woollings and Staubitz, who say everyone has different tools in their coaching toolbox. However, relatability can be an asset. For example, if an athlete’s menstrual cycle necessitates changes in a preparation strategy or training schedule, they might  find it easier to approach someone who has first-hand experience with menstruation.

Factoring in the menstrual cycle

Even though menstruation is not commonly addressed in the youth category, Bethany Staubitz specifies that many high-level athletes do choose to track their menstrual cycle when planning their individualized training. She also shares that not all athletes are as affected by their menstrual cycle; some need to rest at certain stages of their cycle, while others are not phased at all by it. She adds: “But it never hurts a coach to have that information or an athlete to understand their own patterns.” As the head coach of the Canmore Youth Climbing Team, Nani Woollings in fact often brings in dietitians or other specialists to provide the whole team with more knowledge about different factors affecting training and performance. 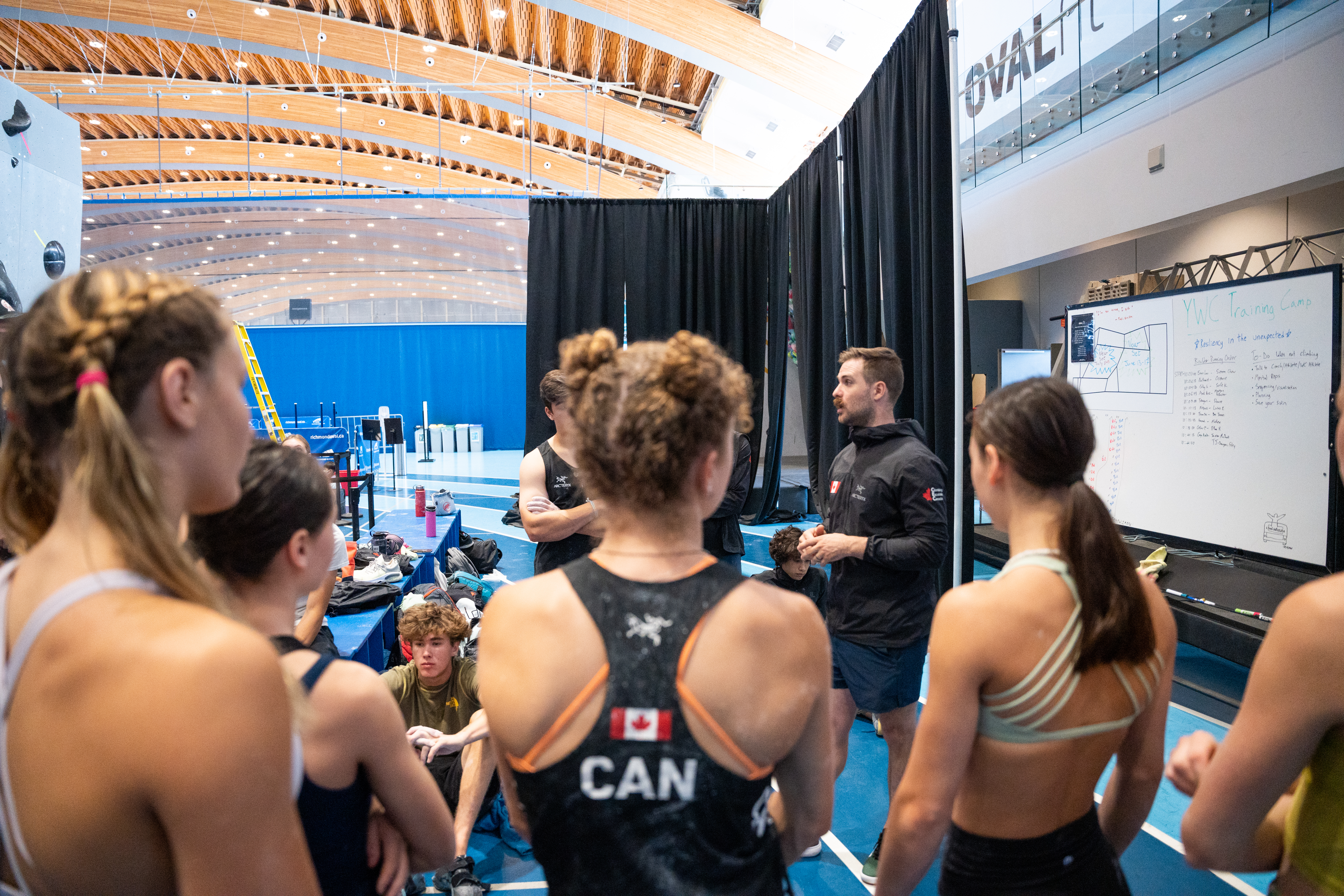 In the end, both coaches state that allowing for open discussions on things like menstruation, changes in the body or other gender-based issues, as to normalize them would be the goal for right now. Even though we might not be there in our community or even in society, the end goal would be to have specific training and coaching adapted to female needs.

Diversity and representation in coaching

When asked if they believe more diversity in coaching is important and needed in our sport, both Team Canada coaches affirmed without hesitation. Explaining how she never had a female coach when she was on the competition circuit, Nani Woollings states that, back then, many factors that could’ve been taken into consideration in her training were either not addressed or possibly not understood well enough to be implemented in coaching.

Diversity in coaching also means creating more representation and role models for others to feel welcomed in the sport. “Even just seeing me as a coach in the gym, in my coaching gear […], the kids in our development program see me coaching high performance athletes, male and female ; those kids see a female represented. It pulls in those younger females […] knowing that there’s that pathway for them”, says Staubitz. Woollings highlights how important trust is in the coach-athlete relationship; diversity in coaching - in terms of gender but also in terms of race, sexuality and even body type - could mean more opportunity for athletes to find a coach that is right for them, with whom they can connect. But perhaps more than anything, it means more people can see themselves and feel understood as an athlete.

To conclude, Head Coach Woollings’ advice for someone wanting to get into coaching or start climbing as a high-level competitor is to get experience with and education from a variety of different people, as she believes that is the best way to improve and add tools to your toolbox. For example, as they were just done with their final team preparation camp, she noticed that having personal coaches, as well as National Team coaches was very helpful because it offered multiple  perspectives. Bethany Staubitz recommends getting involved in the gym and, more importantly, to apply for the positions you’re interested in. She realizes now how even her first employment as a coach is what paved the way to where she is today.

Can you learn to set in two days?

How can you teach a complex profession, such as route setting, in only two days? We sat down with Flannery Shay-Nemirow to shed light on what is taught in our route setting workshops and what they bring to the community.

A video series about the many stories of women in climbing.

The shorter you are, the stronger you will have to be

At barely 5’1” with a neutral ape index, I learned early on that the rock generally doesn’t offer equality.